There are many ways to play 3-way games. Here are a few that we’ve tried and like.

Options for playing with three players

In three-way games each player keeps his own score, on his own scorekeeper if he has one. In this game, the players decided to play to 21. This player now has a score of 20.

Cut-throat is simply singles played with three players. The player who is “away” (whose best boule is the farthest from the jack) plays next. Scoring is the same as in normal petanque.

Two Jacks is similar to cut-throat, but it is played with two jacks. To start, a player throws TWO jacks (as in this photo) simultaneously. We recommend using jacks of different colors, which makes it easier to talk about the situation on the ground. “Bill has one point on green and Jill has two points on yellow.” 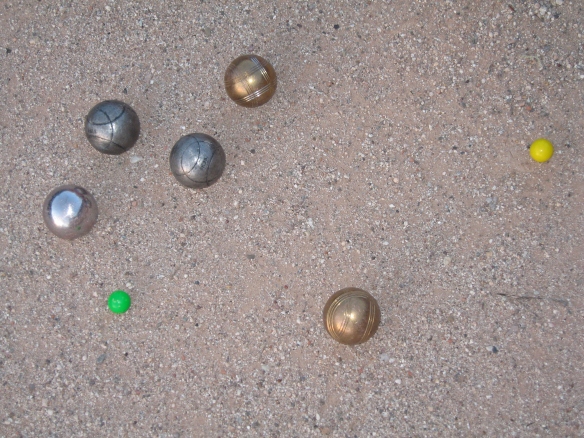 4 thoughts on “Games for three players”