Question: In an informal setting, two teams play a series of games against each other. After a game is finished, which team throws out the jack to start the next game?

Here’s a story from Gary Jones.

When I first started learning the game, I didn’t have enough playing experience to know the most common way of playing, so I tried to glean my knowledge from the written rules. Since the rules say that the team that won the toss or the last scoring round throws the first boule, that’s the way we played– even from game to game. So we always played “Winner first.”

As an American, I had EXACTLY the same experience when I was learning the game. This year, however, we had a visiting player from France, Daniel. Daniel told us that in France they play “Losers start the next game.” I figured that since it was a French game, the French way must be the right way. But I wanted to make sure that Daniel had given us an accurate account of French tradition. So I checked with Raymond Ager, a British player who now lives in the south of France. He confirmed what Daniel had said.

I would say, in an informal setting, it’s for the players to agree such things among themselves. There is no ‘official’ rule but I think the convention that everybody adopts is that the losers of the last game start the next — in England players say, “Mugs away!”.

Another player, Andy Walker, confirmed the “Mugs away!” expression.

So there it is… The losing team starts the next game. French players can draw on long-standing oral tradition to help them when the written rules aren’t helpful. American players aren’t so lucky, and I suspect that Gary’s story and mine might be common in America. So I thought I’d write this post to help other American players who have had the same experience.

UPDATE
After writing this post, I realized that I didn’t really know what “Mugs away!” means. A bit of internet research revealed that it is British slang (probably derived from the game of darts) and it means “Losers start!” It is what the winner of a game says to the loser, and it means basically “Let’s start (the next game). You play first.”

The word “mug” has some mildly derisive connotations.

The term ‘mug’ is simply an adoption of the common (UK) slang word ‘mug’, meaning a fool, a simpleton and especially a gullible ‘punter’ who is most likely to fall prey to a confidence trickster. (SOURCE)

It is a piece of mild one-upmanship, implying that since I (the speaker) just won, I can afford to be generous and give you (the loser, who fondly imagines he has a chance against the great me) the advantage of throwing first, although, of course, it won’t help you a bit. (SOURCE) 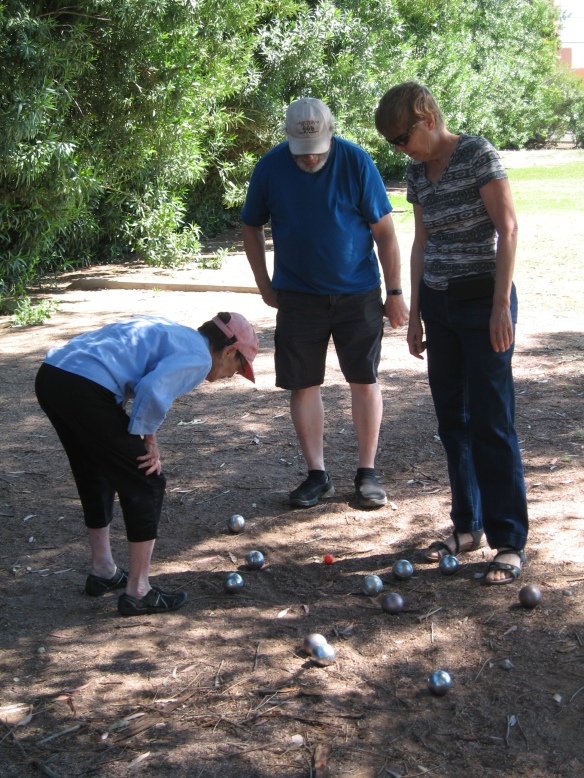